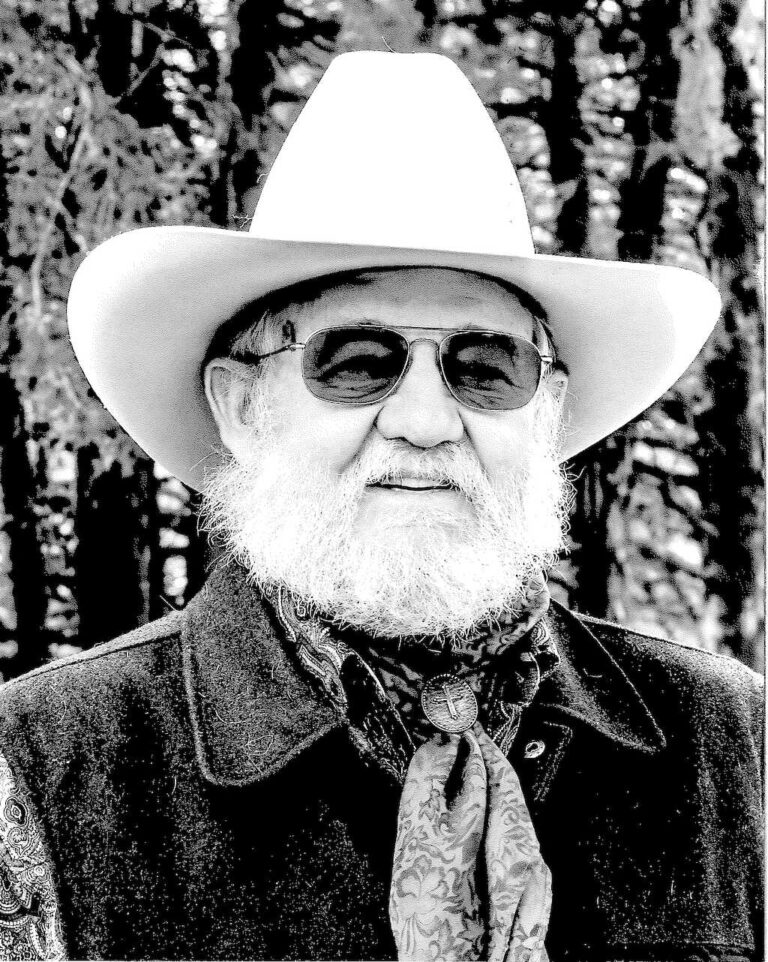 Dave Knight was born in Keith County, July 7, 1953 to Fred and Gertrude Knight. Dave was raised on the Red Rose Ranch established by his great-grandfather and where his mother still resides. In addition to his parents, Bus Wendt, who worked on the Red Rose for over 22 years, played an important role in Dave’s upbringing by teaching him about horses, horsemanship, fixing windmills and how to fence your land properly. According to Bus, the objective of fencing was not only to keep your cattle in; but, of maintaining good-will with your neighbors – keep it straight and keep it tight! A good fence makes good neighbors. To this day, according to his sister, Rita, “whatever Dave does, it is done the hard way, but it is done right!” Another way of stating that fact is a Sally Haythorn reflection, who truthfully noted, “If there’s a hard way to do it, that’s how the Knights will proceed.” If truth is to be told, stubbornness may be a family characteristic Dave has inherited.

In 1974, Dave married the love of his life, Deborah Huebner, and established a home on the Red Cedar Ranch, north of Keystone and part of the Red Rose. This is where they raised their two sons, Josh and Elijah, and now, with the addition of five grandchildren all under the age of eight, they continue to raise little cowboys and cowgirls. In addition, over the years, many young folks interested in the cowboy life have worked with Dave on the ranch and continue to return as members of his ‘extended’ family.

The middle child of seven Knights – and being the first son with three older sisters – put him in an unenviable position where he learned he had to get along and be responsible. His siblings include Freida Lange of Lincoln, Valarie Olson of Brule, Bonnie Mueller of Ogallala, Rita Glenn (his sidekick in the hayfield) and also living on the Red Rose, Russell Knight of Lewellen and Paul Knight, who has left the hayfield for New York City.

Dave attended Ogallala High School where he excelled in football, wrestling and track. Upon graduation he studied at Winfield, Kansas to become a member of the Lutheran clergy, but left to join his father in running the ranches at Keystone. However, many will attest to the fact that he can still deliver some pretty eloquent sermons, generally delivered in the form of poetry and song which he has been writing, reciting and singing for over 30 years. He captures the life of a ranch in the words he puts together while waiting – waiting for that calve to be born, waiting to get into a wet hayfield, waiting for parts to come in, or waiting for his wife (captured in his poem, ‘Oregon or Bust’). His venues of deliver vary from the family’s front porch, church and community gatherings, schools, meetings, reunions and cowboy poetry gatherings across Nebraska, the Midwest and Elko, Nevada.

His rodeo career was short-lived, but while active, it involved bulls and a father who didn’t share the same enthusiasm Dave had for the 8-second endeavor. There was always the chance of injury and if injured, “You can’t do the work that needs to be done, “ {quoting his father} – Well, Dave actually stuck on pretty ‘good’, even winning a few belt buckles; but, sure enough, he did get hurt; however, by golly, he showed up for work! So, while this was not a career that led to fame and glory, it certainly provided excellent fodder for cowboy poetry. The same can be said for his work at the Ogallala Sale Barn, where he helped occasionally on sale days and ultimately gained profound inspiration regarding the idiosyncrasies of cattle and horses stimulated by his own personal broken leg, wrist, and finger (captured in a poem called, ‘The Bet’).

Throughout Dave’s life, his love for family, friends and western values has endured him to many. He’s ready to help anyone in need and his word is bond. He’s a man of integrity with deep appreciation for life lived simply. At the top of his commitments is his faith, undoubtedly instilled by his mother.

All of these attributes come out in his book of poetry, Wrecks, Rhymes, and Ranchin’ – poems that range from love of his wife to his intense dislike of the snow – with Noah’s Ark, vegetarians, and the U.W. Mail somewhere in between. For a number of years in the 80’s he was part of the Front Street show in Ogallala, adding his talents to “The Old Time Gang,” that entertained the local citizens as well as tourists going through the area.

He serves on the Board of Directors that preserves the world-famous “Little Church at Keystone,” thus helping to support the history of his community. In addition, Dave volunteered many years to service to the Keystone/Lemoyne Volunteer Fire Department (KLVFD) contributing to the efforts of the dedicated individuals who continue to be on call to help maintain this Sandhills land and its communities. For years he has been part of the election board for Whitetail Voting District where you could count on him to good-naturedly tease any incoming voter. He has served his home church in a variety of capacities including Sunday school superintendent and he continues to serve his church as an elder.

At this point in live, he is trying to retire but it is hard to let go – he was born to the ranch life, wakes in the morning to the needs of the cattle and continues to look out onto the valley that has nurtured six generations of Knights. Nebraska and its Sandhills are home and Dave definitely has sand in his boots.

Dave Knight represents the 4th generation of the H.H. Knight family who homesteaded and Kinkaided land in the North Platte River Valley, starting in 1886. Through the guidance of his father, Fred H. Knight, and mentoring from Bus Wendt, his life’s course was directed towards ranching. At the age of 37, when his gather unexpectedly passed away, he assumed the responsibility of managing the Red Rose and Red Cedar Ranches, located in Keith and Lincoln Counties. Today, looking back, his entire life has been devoted to ranching, stewardship of the land and preservation of its history. He has become a dedicated cattleman, a reluctant mechanic of hay equipment, a former bull rider, a writer of cowboy poetry and music and a community and church leader.

Dave is sometimes described as the Knight family curmudgeon; however, it’s known that his exterior covers an awfully soft heart that comes out in the care he provides for his mother, siblings, wife and family, neighbors, a herd of Red Angus/Hereford cows and calves, and his well-loved border collies. His heart is reflected in the poetry and music he writes of the cowboy life.