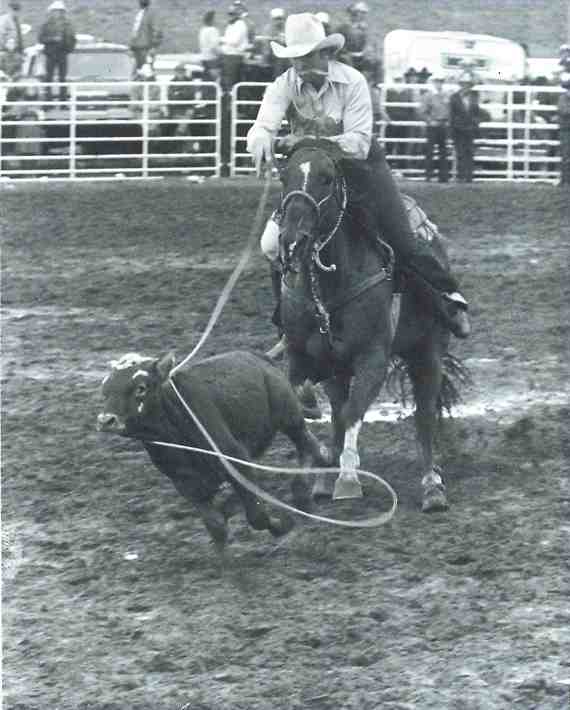 Bill Mooney’s family grew up in Whitman, Nebraska. His mother was born at Balf, Nebraska, north of Whitman in 1913 and his father was born in Jefferson, Missouri. Bill’s father’s family moved to Whitman between 1900 and 1910. His Grandfather ran the livery stable and was a blacksmith, while his grandmother ran the hotel. Bill’s Grandmother from his Mother’s side came from South Dakota and they were raised between White River and Dupree. They bought a place about 20 miles north of Whitman on Gordon Creek. Bill’s Grandfather on his Mother’s side rode from West Virginia to the country around Whitman, where he broke horses for a living. Bill’s family moved on to his Grandmother Fair’s homestead, which she purchased in 1942.

Bill’s oldest sister, Mary, his sister Helen, and brother Bill, and he all went with them and they lived there for 2 years until his Grandma Fair bought a small ranch up south of the Niobrara River on Pole Creek, where they then moved. Bill attended Pole Creek School until he was in the 5th grade, then they moved to Gordon, Nebraska, where Bill attended school until he graduated in 1958. During the time in school, Bill and his siblings either rode horses, rode in a wagon, or walked to school. Bill learned to ride bareback, because there weren’t enough saddles to go around. Bill said, sometimes they would even ride double because there weren’t enough horses for everyone.

After the rodeo season was over in 1963, Bill married the love of his life, the girl that he had been going with for five years. Yvonne was a real cowgirl and grew up on a ranch and loved horses and the cowboy way of life. Her parents had ranched all their lives and started out in Sunny Valley in the 1920’s and moved to the present location around 1935. They raised a big family of 7 children. Bill’s wife, Yvonne, was the youngest and grew up riding horses on the ranch and to school. She loved to barrel race and would compete all the time they rodeoed together. After their little girl was born in 1967, Yvonne slowed down on the barrel racing, but worked with her horses on the ranch for a long time. Bill & Yvonne rodeoed not only in Nebraska, but time permitting, would go to South Dakota, Wyoming, Colorado, Kansas and even as far as Oklahoma.

Bill loved to rope and would compete in calf roping and team roping. In the spring of 72, they were hurrying around trying to get all the work done so they could start rodeoing. Bill had a windmill that needed the steel tower fixed, so he asked his wife and little 5 year old daughter to go along and hand me tools while he was on the tower. He had to set down on the platform and straddle the tower and drill new holes in it. When he did, the platform broke off and he fell backwards off the tower, about 20 feet, landing on the edge of the tank and into the water. Bill says the fall knocked him out, and Yvonne dragged him out, otherwise he would have drowned. She managed to get him in the pickup and back home and then to the Alliance hospital where he would then spend the next week in bed. The fall broke Bill’s pelvis and one vertebra. It was along healing process.

Bill says the old injury still bothers him if he rides for a long time in a day. After the incident, he decided to quit rodeoing and just be a ranching cowboy, which he still is today. Bill and Yvonne own and operate the ranch now and enjoy it very much and would not trade it for any other way of life. Bill is very glad that the good Lord gave him the opportunity to have met all the wonderful people and the host of friends he has now, and when He decides to call Bill home, he will be satisfied that he chose this way of life.

Bill says a lot of his friends have gone on to their reward, but “when they meet up there again, they will have a lot of stores to tell about their days of riding broncs and roping cattle.”